Sébastien Léger has taken an unorthodox approach to his musical career resulting in a unique creative output. Over the last 20 years he has learned to adapt to the ever-changing face of Dance Music. Staying true to yourself and believing in your own abilities are the key to being able to thrive and develop over such a long period. This distinctive ability, is something only a handful of artists can call their own.
French electronic artist Sébastien was raised on music and for the last 20 years has lived and breathed every second of it encompassing an array of different genres. Whilst both his parents are classically trained musicians, it was only a matter of time before he took his first steps into this same world. Drawing his early inspirations from Michael Jackson’s ‘Thriller’ album, which provides an eclectic journey spanning across the Rock ‘N Roll, Soul and Funk genres he has taken this mould and turned it into something entirely different and his own.
Releasing music over a 20 + year career, including 4 studio albums and countless EP’s on a variety of labels including his own imprint Mistakes Music, Einmusika Recordings, Systematic Recordings and Dubfire’s SCI + TEC. Understanding the need for reinvention is key to Sébastien’s philosophy, constantly looking for that perfect track and never standing still for too long as stagnation is not in his master plan. Neither is straight down the line Techno, injections of groove and funk are key to his signature sound that has earnt him a long and fruitful career with one key objective – Keep the dancefloor moving.
Perceptions from others and including an especially critical dancefloor community can lead to an artist to change their style and fit a certain category, however in Sébastien’s case he’s worked tirelessly to make sure he creates a musical output that is representative of his emotions and music that is for him.
Straight talking Sébastien devotes all his emotions into his music and enjoys making people feel the same way. Throughout his career, he has constantly walked the knife edge between entertaining himself and keeping the crowd moving. Considering his job as more of a hobby is a gift and one that Sébastien holds in high regard.
Looking towards the future for Sébastien, his tour schedule is packed and will see him perform in some of the world’s most sought after venues. Never straying from his musical path, he has a full album penned for 2018 as well as a handful of releases on key labels. Sébastien Leger certainly shows no signs of slowing down and invites you to ‘Open your mind, don’t except the norm’.

Omar El Gamal was born in Cairo, Egypt. Omar used to be a professional swimmer and represented the Egyptian National Team in many International Swimming Events. In 2004, Omar moved to Montreal, Canada to attend University where he fell in love with EDM. He was inspired from the many DJs who frequent Montreal’s world-renowned club scene. 2009 was a turning point for Omar who was selected to play at the massive Labor Day Weekend “Global” event at Circus. Since then he was one of the most demanded DJs in Montreal, playing big festivals like Bal en Blanc, Black & Blue, & Escapade as well as Montreal top clubs. His career rolled in a flash – he had opportunities to share decks with the likes of Hernan Cattaneo, Armin Van Buuren, Markus Schulz, Nick Warren, and Gareth Emery among others. Big steps were also made on production front. Hard work in the studio resulted in couple of acclaimed releases on respected labels such as Hernan Cattaneo’s Sudbeat Label, Particles, Dopamine, Movement, Balkan Connection, Liquid Grooves, 3rd Avenue, Soundteller and Change Audio. Omar El Gamal has been a firm favorite of Hernan Cattaneo who has been supporting his music in his gigs and radio show. The now Los Angeles based DJ/Producer is spending time in the studio working on music, Omar’s experience as a club DJ is very evident in his productions. Omar always say “its all about the groove & melody”. 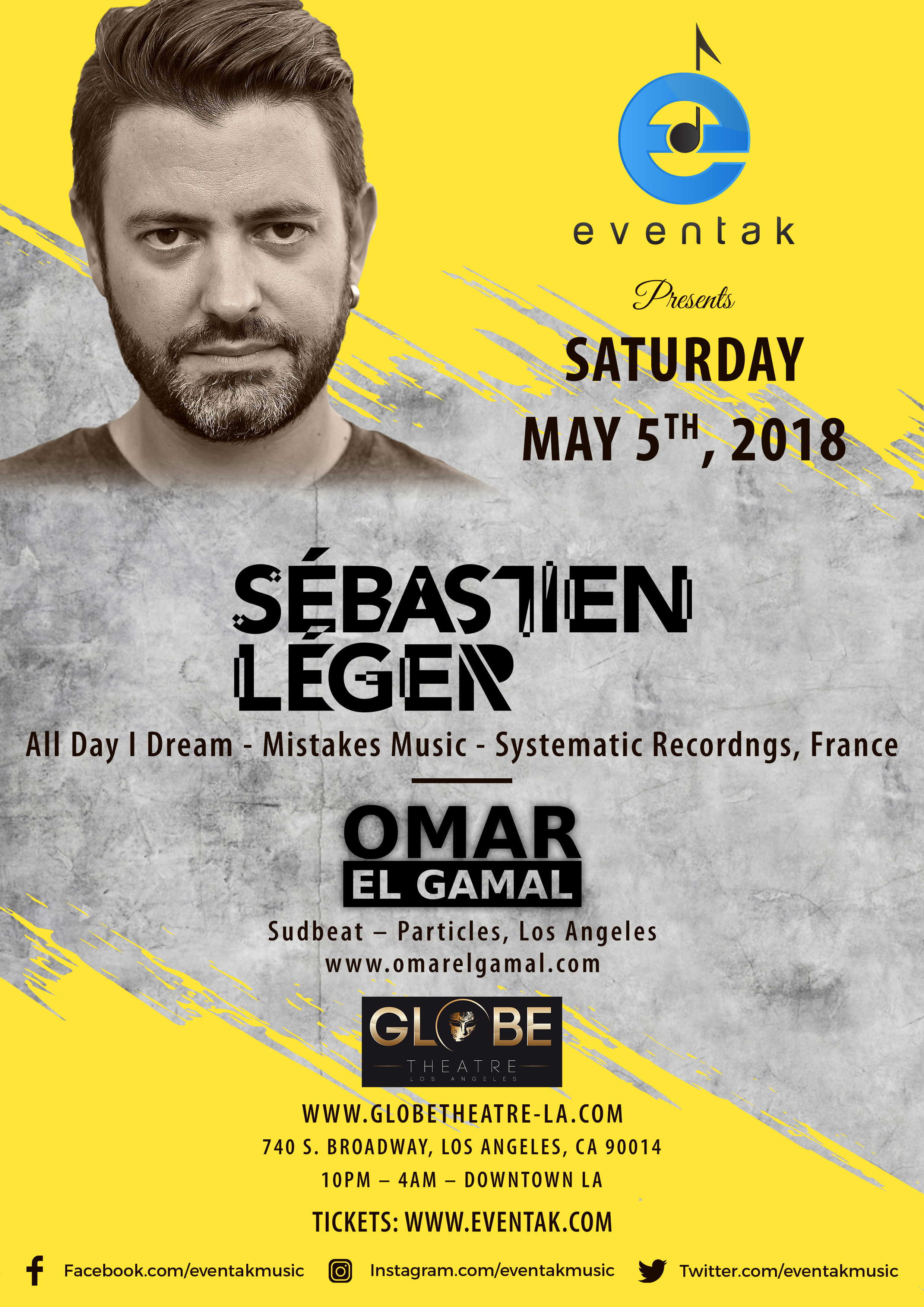