JOZIF (Leftroom, Culprit, Bedrock)
After breaking through with – what are still – standout releases on labels like Wolf + Lamb, Mobilee & Ministry of Sound back in 2010, alongside an RA podcast that comprised solely of rewrites, edits and productions – The last 6 years we have seen Londoner jozif cement himself as a unique musical voice in the world of electronic music.
Far from just programming beats that make you jack, his music is some of the most beautiful you will hear, with lush string arrangements, emotive pianos and golden synths coming together into soundscapes that will melt your heart as well as warm your soul. Building on the early success of releases like the Sunrise EP on InFiné, the first releases on Fist or Finger (the label he co-runs with fabric’s Craig Richards) and the summer anthem that was ‘Twilight’ with vocalist Terri Walker on More Music, jozif was unsurprisingly snapped up by LA’s suitably sultry Culprit records for a brace of EPs. Here he further refined his richly musical style with genre defying with releases like ‘Standard Rising’, the ‘Lady B’ EP and now the two-part Waikiki anthem. Since then he has been enlisted by the cultured likes of Mobilee, Suol and Compost for remixes, and the way he carefully permeates his music with such serene and slo- mo ambiance yet imbues each track with a cheeky dance floor bump has seen everyone from Sasha to Giles Peterson, Andrew Weatherall to Damian Lazarus fall in love.
Having been a DJ since as far back as 1996, it made sense that the legendary Balance series came calling for jozif when they wanted to kick-off a new mix series in early 2013. What he turned in was a stunningly emotional and heartfelt mix that proved just how sensitive and soothing electronic music can be, at the same time, of course, as subtly making you move your body. For pro 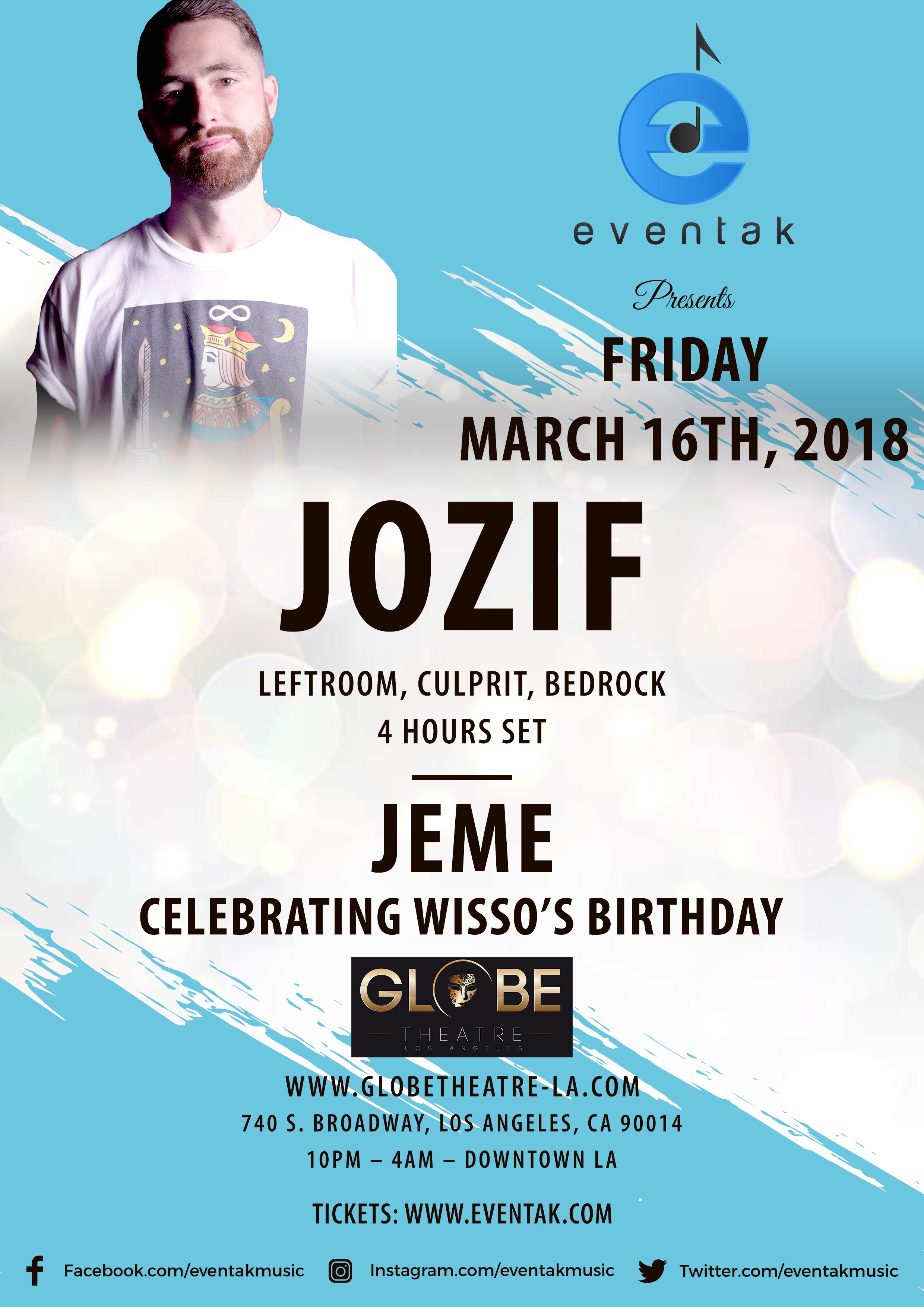 of of his artistic ability in the booth, you only need ask anyone who has seen him play at places like Space Ibiza, Verboten New York & London’s foremost fabric and many other festivals around Asia and both Americas.
Currently putting the final touches to his debut artist album and accompanying Live show, whilst simultaneously Co-writing the Kerb Staller debut album & Live show alongside cohort and production partner Matt Tolfrey, 2017 is shaping up to be a ‘Live’ one.